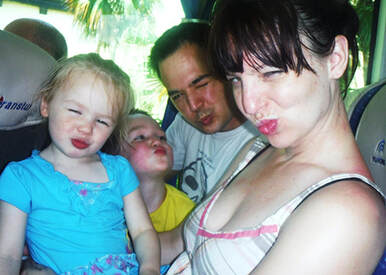 Jason Kom-Tong has lived a pretty normal life, filled with typical problems, challenges and decisions. But when he was diagnosed with terminal tongue cancer and told he had three months to live, he tumbled into a whole new world of rules and guidelines to follow. Suddenly he had to fight for something he’d been told was impossible. Driven on by hatred and love, he has lived to tell his tale. Jason Kom-Tong aims to leave something concrete behind for his children, and he hopes these pages might teach readers about the values of living.

Jason not only survives but thrives, living defiantly in the shadow of his dire diagnosis. He resides in Red Deer, Alberta, with his beloved wife Bambi, his kids, Zackary and Kisenya.
GET IN TOUCH
Powered by